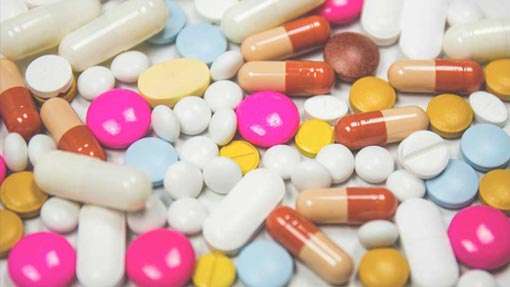 While free drug samples are a common occurrence in pharmacy retail, other retailers can also manage free of cost goods in a similar fashion by following the steps below.

Let’s now take a look at how samples are handled in Candela Pharmacy in a few easy steps.

The first thing you will need to do is configuring Candela pharmacy retail software to handle samples as part of your overall inventory.

Once you have done the above configuration, a new checkbox ‘Show FOC Column’ will appear on the GRN Screen:

Mark the check box. This will result in three new columns in the GRN Grid:

Now you are ready to move on to the next step.

Select your distributor, and select products to load them in the grid.

To enter prescription drug samples, enter them in sampling or scheme columns.

Important: Drug Samples are always entered in units. This means if you have received two packets of tablets containing 30 tablets each, you will add 60 in the sampling or scheme column.

If you want to distinguish between routine samples and those received under various schemes, enter them separately in Sampling and Scheme columns.

FOC column will show the total number of samples received under both sampling and schemes.

How Drug Samples are reflected in the inventory

Candela will automatically convert drug samples entered in units into packs, and will add these pack to the Total Qty. As you can see in the above figure, sixty free units of Abnil Cap were converted into two packs (of 30 capsules each) and the total number of packs became 102.

Similarly, the Unit Qty column will show the total number of units including both regular and sampling stock.

If the units entered in the sampling columns don’t make complete packs the Pack Qty column will only include the units that make a complete pack, but the total number of units will be shown in the Unit Qty column.

Candela can be configured to show decimal quantities in pack. All you have to do is this: Go to Configuration>System Configuration>Product/STR tab

In the above figure, the total number of units entered as sample are 30. While a pack contains 20 tablets, thus the system has created 2.5 packs.

Retailers may or may not have to pay tax on free samples. Based on a simple configuration, Candela allows you to handle both these scenarios. 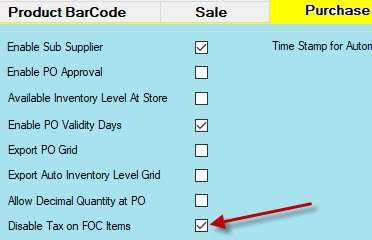 If ‘Disable tax on FOC Items’ checkbox is checked, the system will not apply tax on items entered in sampling and schemes.

If ‘Disable tax on FOC Items’ checkbox is unchecked, the system will apply tax on the samples:

All items entered in Sampling and schemes columns will be visible in the GRN report. There are two GRN reports that show FOC:

GRN Linear Report: Click the Print icon to generate it.

Reminder: the print icon will become active only when you upload the saved GRN. 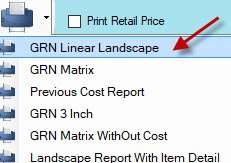 You can also check the details of samples (or free of cost items) in F-05 report.

Generate report and expand the GRN record against which free samples are added:

The Sample management feature in Candela is a very useful feature for managing all your free of cost goods. It works for both pharmacy retail and all other verticals of retail that handle free samples.

If you are using the Sample management feature of Candela let us know how you are using it and what you think about it. Share your thoughts in the comments.